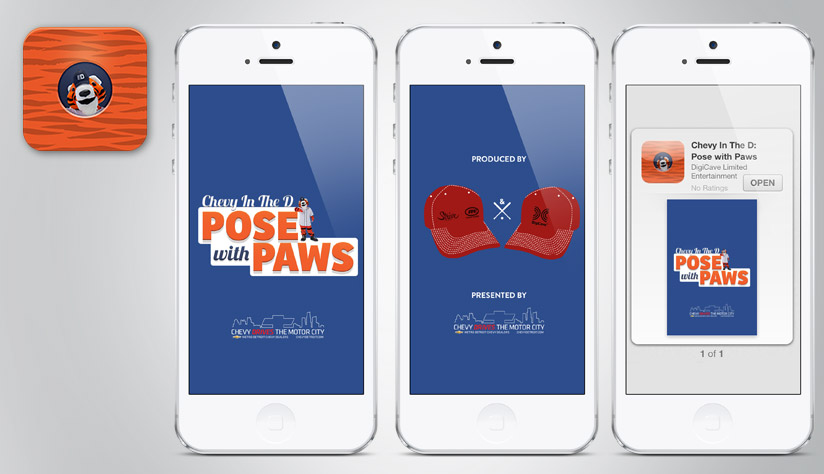 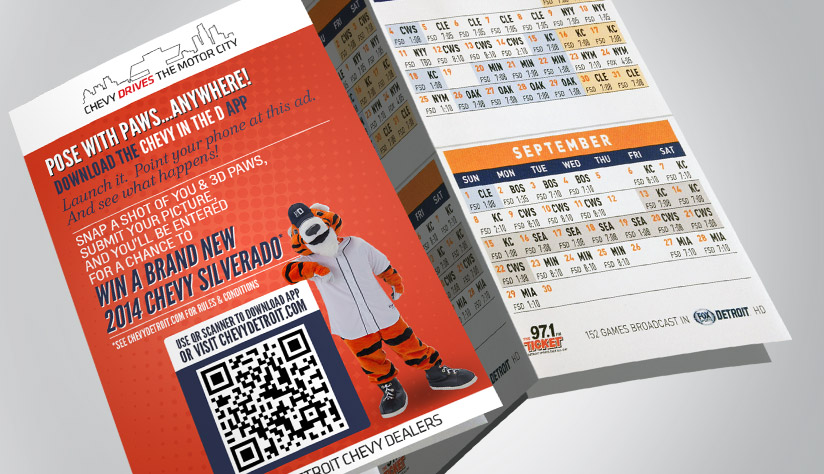 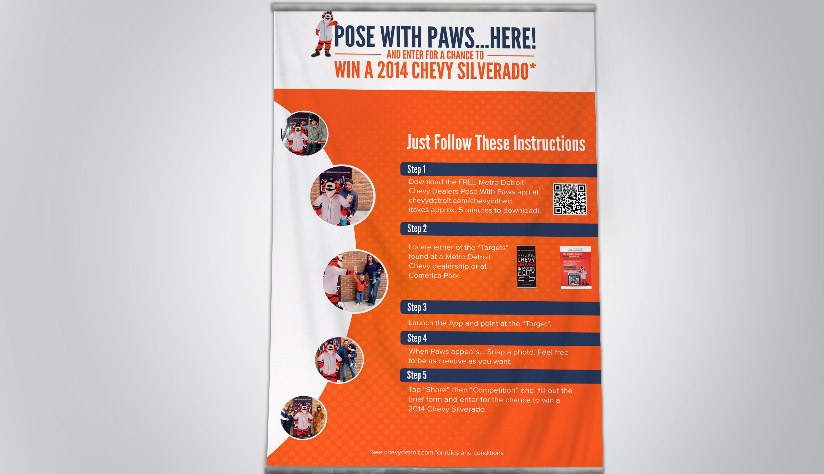 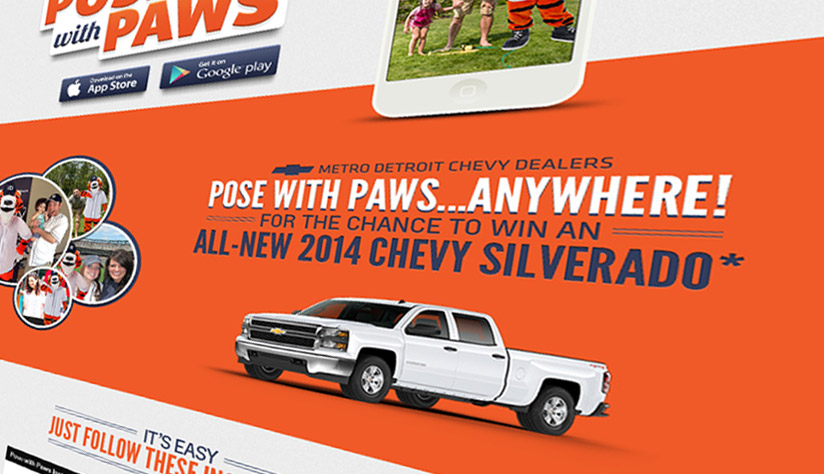 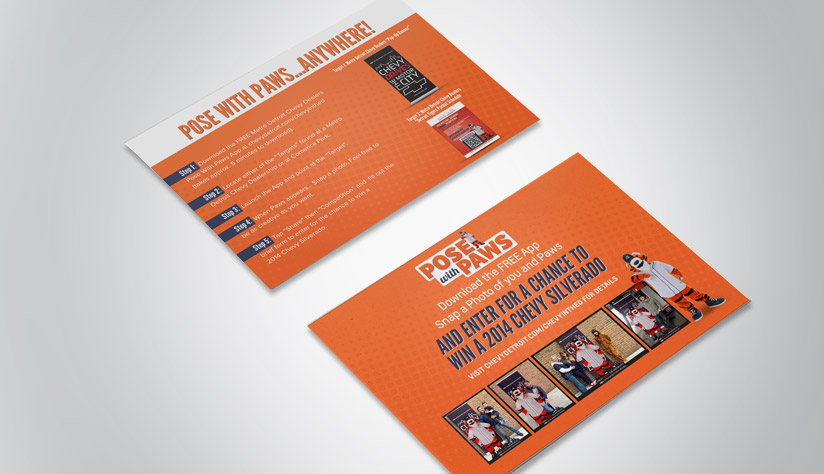 As part of the Metro Detroit Chevy Dealers partnership with the Detroit Tigers, Strive Creative developed the “Pose with Paws” campaign. Through this campaign, smartphone users were able to:

Download a customized “Chevy In the D: Pose with Paws” smartphone app
Snap a photo of themselves with a 3D version of Paws
Save their photos with Paws to their photo library and/or upload to Facebook
Submit their photos for a Chance to win a new Chevy Silverado 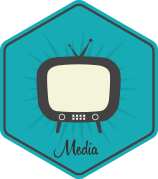